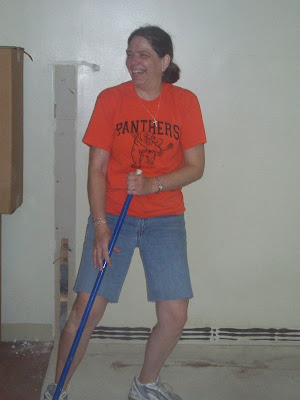 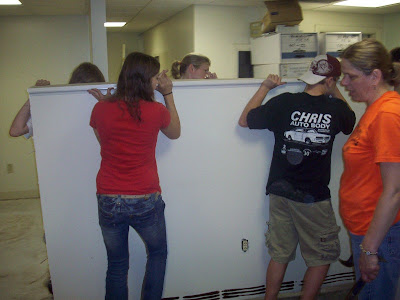 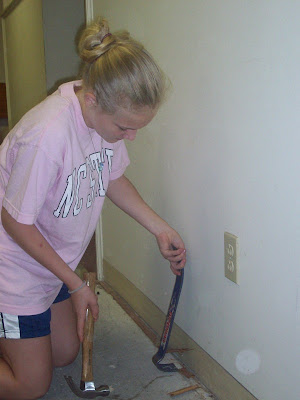 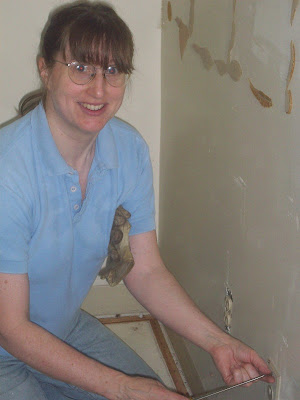 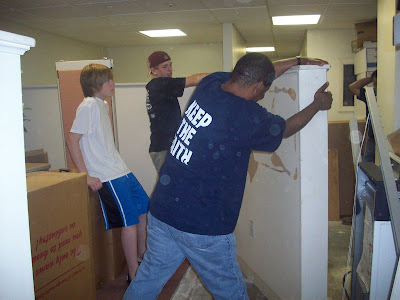 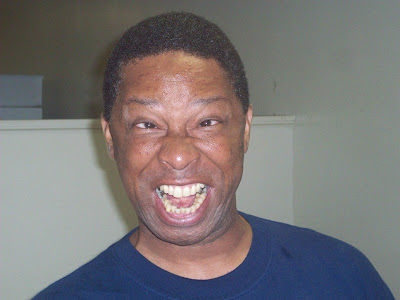 Well, day two of our mission found us, not at the Root Cellar, but at a housing complex owned and operated by the Portland Housing Authority. The first thing we did was to demolish an entire room in the basement of a 16 floor complex. Although everyone worked hard there was one person who stood out among the rest of us. Her story goes like this.

"In a time of Ancient Kings and War Lords. The people cried out for a hero! She was Xena...I mean KAREN, Warrior Princess Demolition Leader!" Our team leader was a one woman wrecking crew. She knocked down walls, moved refrigerators and stoves, pulled up rugs and nails like nobody's business! To say that I was more than impressed with her skills as a wrecking ball is an understatement.

Shortly after that we moved on to another complex where we found ourselves happily painting the outside of furnace doors at elderly housing and the seniors that we met were more than happy to sit in the beautiful sunshine and watch. But, then again, we were more than happy to paint. Of course painting with Peter, Trevor and Monica wouldn't have been fun if at least one of them didn't walk away with bright red paint all over them.

See? God does have a sense of humor. The end of the day had us back at the root cellar where we put on a stellar puppet show that the kids just loved. Coupled with games and crafts, all in all I'd say God blessed us with a very fun-filled day.
David
Posted by Mission Team at 6:12 PM